Paddy Power offer a wide range of bets on MMA events. If you would like to place a bet on this event, or anything else, you would be greatly supporting MMA Flashback by clicking on the banner above and creating a Paddy Power account. Here are my thoughts on the card and how I’m betting. All odds quoted are from Paddy Power and are correct at the time of writing.

I’m only looking at the main card of this event. I don’t have strong enough feelings about the Prelim fights to put my money on anything there. 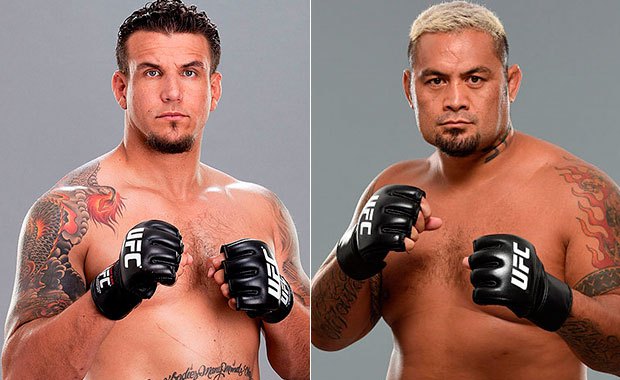 I love Frank Mir, and I’ve been trying to find a reason to back him in this fight, but I’m struggling. Hunt has knock out power, and win or lose, Frank has a habit of getting hit. It’s a long time since Hunt has been submitted, which is where Mir obviously has the advantage. I think Frank might take a bit of a pounding here. Hunt is a justifiable favourite.

Magny has fought 10 times in the last two years and has won 9 of them. The only loss was to Damian Maia who dominated him on the ground, so Magny rocked up to Damian Maia’s next seminar and learned from the man who beat him. Great attitude. Lombard hasn’t fought in over a year after being banned for juicing. Magny is favourite and I’m happy to roll him up in an accumulator.

Jake Matthews is the narrowest of favourites against Johnny Case. Matthews almost got KO’d and submitted in the first round of his last outing, but fought through it and beat the snot out of Akbarh Arreola in the second round to win by doctor’s stoppage. Case put together an 18-4 record entirely in the Mid-west regional shows, but has since fought in four different countries and time zones in four straight UFC fights. This will be his 5th. It hasn’t resulted in a loss yet, but Brisbane is a LONG way from Iowa, and I’m giving Matthews home field advantage.

Paddy Power have Antonio Carlos Junior installed as 1/6 favourite over Dan Kelly. Sure he won TUF Brazil 3, but he’s only 5-1 (1 NC) and it seems a bit early for him to be that big of a favourite, especially against an Aussie fighting on home turf. I wouldn’t want to put it in an accumulator with the safer bets, but at 4/1, there’s some value in a bet on Kelly. 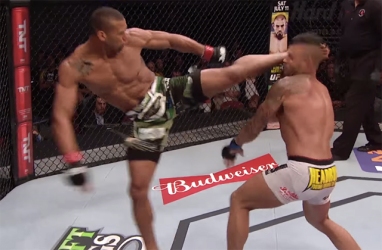 Steve Bosse was 10-1 when he entered the Octagon for the first time, and was on an 8 fight winning streak. He was largely speaking knocking dudes out too, but he got welcomed into the big show by Thiago Santos who gave him a taste of his own medicine, absolutely starching him with a brutal walk off head kick KO in 29 seconds. Te Huna hasn’t won since early 2013, and has lost three on the bounce, although to be fair, against much more seasoned opposition than Steve Bosse (Marquart, Shogun, Teixeira). With all that said, I think Paddy Power might be making a mistake listing Te Huna as a 2/5 favourite. I’m interested in Bosse at 15/8.

Ham is bookies favourite, but despite an unimpressive on paper record of 6-4, Rawlins hasn’t lost in Oz since her 2011 debut. Feels like a pick ‘em and a trap bet.

So, what do we fancy then? Well I’m reasonably confident in the favourites in the top three fights. £5 on Hunt, Magny and Matthews returns £24.43. The longer shots on the card are Kelly and Bosse, and £5 on that double returns a juicy £71.88.

Fiver on each it is then.

If you would like to join in and have a bet on this event, please consider clicking on the Paddy Power banner above and opening an account with them (if you don’t already have one).  Let us know what your bets are in the comments below and good luck!

MMA Flash back encourages you to gamble responsibly and within your limits. If gambling stops being fun, stop. If you feel you have a problem with gambling, seek help from GAMCARE. They can be reached on 0808 8020 133 or http://www.gamcare.org.uk.